We hold an annual in-calf heifer and cow sale in early May.

This is an opportunity to purchase genuine hill-country Angus cattle and allows clients to gain access to some of our leading genetics.

We sell a selection of rising 2-yr, rising 3-yr, and rising 4-yr young cattle, as well as our annual draft cows who have performed on the hill every year for 10 years. 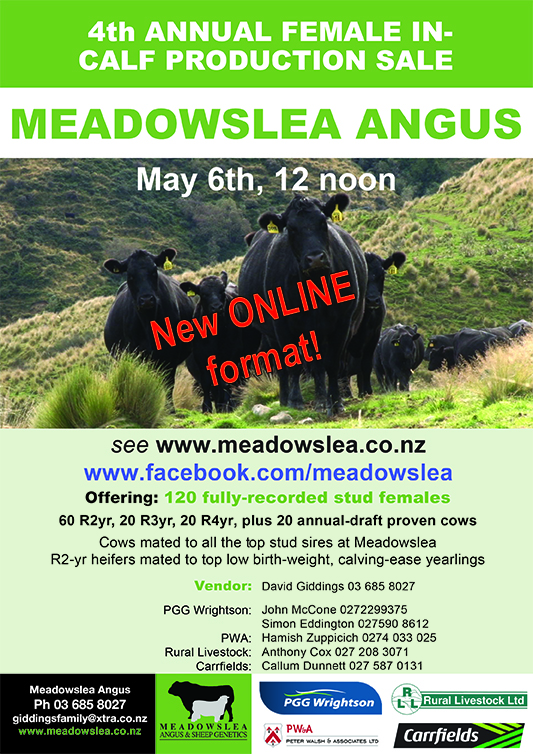 Meadowslea Angus Stud was established in 1985 with the purchase of 6 capital stock heifers from the wellknown Turihaua stud north of Gisborne. We have steadily expanded ever since to meet strong demand for bulls from the hill-country market we target – our belief is that an animal must first and foremost be suitable for the environment it is run in.

With the lease of a neighboring property over the last 6 years we have taken the opportunity to increase the stud cow numbers further, and this year mated a total of 560 stud females. The demand for our bulls has steadily increased with 170 bulls sold at auction in 2019. Three years ago, with a confident beef industry and the lease block fully stocked, we held our very successful first annual female auction. We now plan to stabilise at 400 stud cows and sell a similar number, and age-group breakdown, every year going forward.

The longevity, fertility, constitution, and structural soundness of our female cattle are crucial for us to present the number of females in this catalogue. We have very few dry cows and minimal losses to breakdowns or poor constitution because our cows are the right type to handle their environment. This means fewer replacements are required and more quality surplus females are available to sell.

At Meadowslea all yearling heifers are mated. The decision around which to sell and keep was made in February with relatively limited information on the young female cattle, since we did not yet know how they will perform in the herd. No doubt many of the young females we are offering will turn out to perform as well as or better than some we are keeping ourselves!

In recent years as we have increased the stud cow numbers, and with a view to potentially holding a female sale, we identified some potential sale cows and monitored their performance and that of their progeny. Many animals bred from this group are performing at the very highest level. The proportion of their bull calves making the top sale group, and heifer calves going on to themselves be retained, is very similar to that of the balance of the herd. We offer these females for sale with complete confidence, and in particular the annual draft cows are true capital stock having done up to 10 years on the hill, survived droughts and snowstorms, without ever being fed supplements. We have sold over $231,000 worth of bulls from this group of 20 cows over their lifetime! This is truly proven performance.

As you read this catalogue it will become clear that the animals that perform the best in our environment are of a similar type – strong rib fat levels drive our programme forward for two reasons. It is strongly linked to fertility, early puberty and the ability to calve early and re-breed early over a lifetime. Secondly, it is the energy store the females use to get through the feed shortages and extended stress periods all too common in this harsh environment. Rib fat is an all important marker for "doability" and fertility in hill country and the strong values here are a well-known Meadowslea trait. The other important maternal traits of calving ease, days to calving, scrotal, and milk are generally all at very high levels throughout the catalogue.

High-growth females do not work well in our hill-country environment and you will see few in the catalogue, as over time they have failed to perform and so have dropped out of the herd.

All cattle offered have been scanned in-calf by Aorangi Vets Limited. All dry cows are culled at Meadowslea, so to make it to this sale a cow must have calved every year. We individually mate all stud cows, with one bull per mob initially and change bulls over after approximately. 30 days. The 188 yearling stud heifers were mated in 5 mobs of around 35 selected on pedigree. Each mob had 2 yearling bulls of the same bloodline, or one two-year-old, changed after a cycle. This resulted in a 99% conception rate. We undertake DNA parentage testing for all stud calves.

This is the fourth year we have we have offered our stud females to the industry, and almost all sires used are unique in the world to the Meadowslea herd. For stud breeders this is an opportunity to access out-cross bloodlines proven to be highly productive in the hill country, and for commercial clients the option to gain access to genetics that would not be available to purchase as bulls for 3 more years.

From our perspective, the more of these bloodlines that are available in the industry here in NZ, the better the chances are of us being able to source sires that fit our programme; a task that is becoming increasingly difficult with the NZ Angus genepool now so heavily influenced by genetics sourced from the USA and Australia. Feedlots drive most of the selection criteria for these imported genetics making them, in our experience, totally unsuitable for our NZ grass-fed sustainable hill-country production. 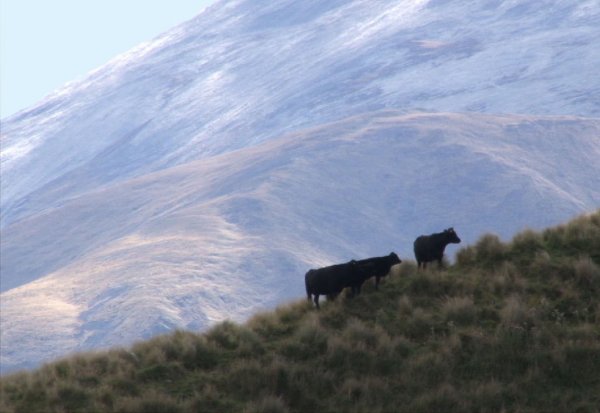 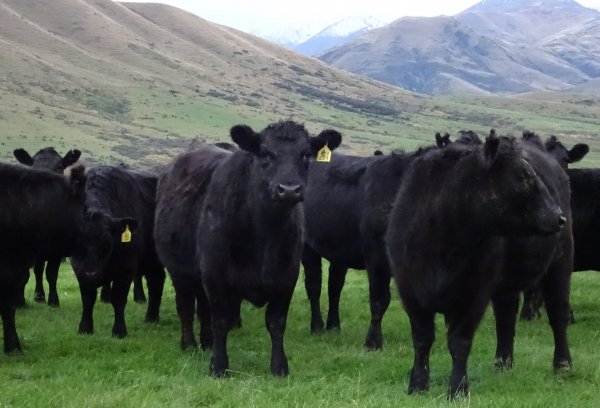 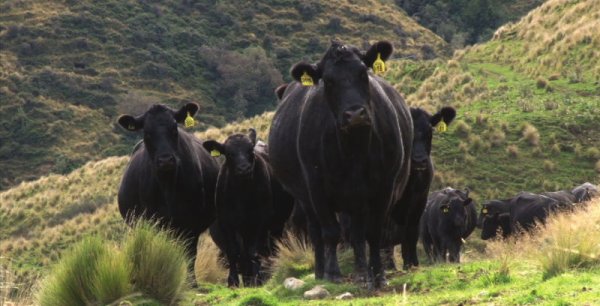 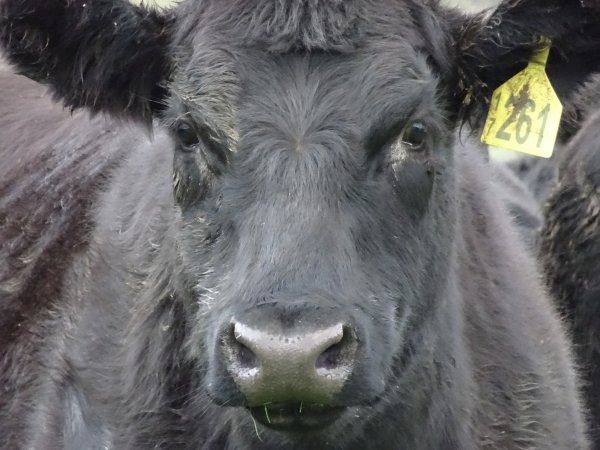 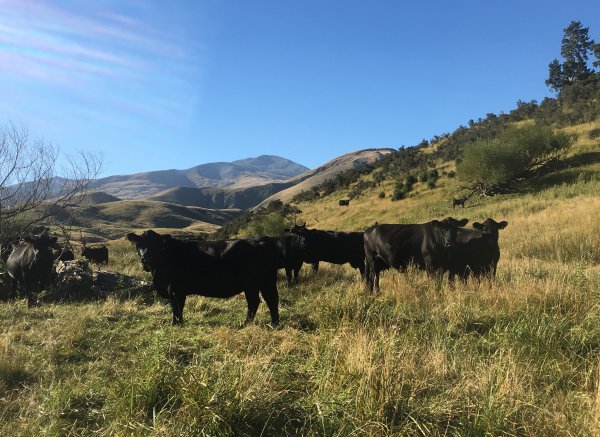 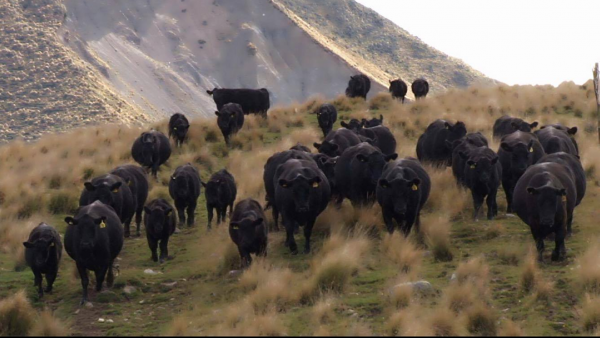 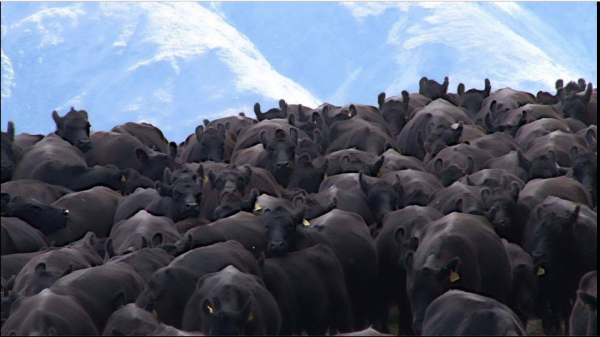 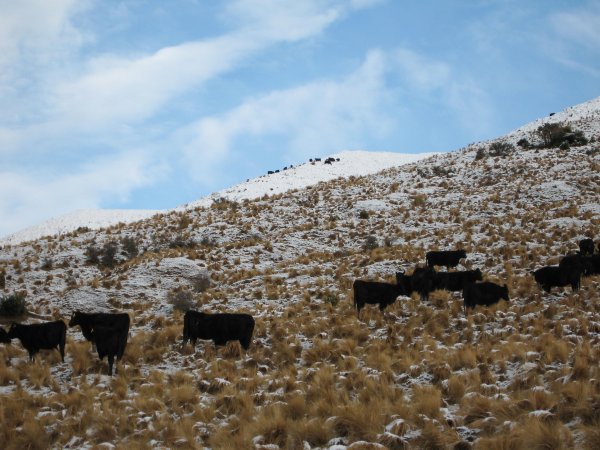